In the last few years, the concept of Unmanned Aerial Vehicle (UAVs) has been declined in many forms: from customary commercial drones to small aircraft. UAVs have developed rapidly and have been used for emergent applications that range from inspection, surveillance, agriculture, cargo delivery, and communications.

The symbiosis between UAVs and Wireless Sensor Networks (WSNs) started quite naturally as more and more networks of wireless sensors are scattered to detect special events and the areas that need to be monitored increase. In WSNs, UAVs can act as a mobile sensor node that carry the data collected by the WSN towards the external world saving extra sensors to guarantee the full connectivity of the WSN and the full coverage of the deployment area. However, flying over the deployment area, a single small UAV can also act as a collector or replace several anchors, i.e., special sensors equipped with GPS module, for localizing all the network sensors, saving the cost of the anchor nodes and the cost of their deployment.  Thus, in WSN scenario, the UAV can be regarded as the light infrastructure that closes the loop towards the autonomous WSNs or the mobile carrier that virtually replicate sensing equipment.

Evolving  WSNs in Internet of Things (IoT), the UAVs may become terminal devices at the edge of the ubiquitous IoT network. Having the ability to sense/measure just about anything and anywhere, UAVs may act as wireless sensor network deployed, at need, in remote locations, with the extra capability of carrying flexible payloads and the strong ability to be re-programmable during missions. UAVs can play the role of quickly distributing critical information at the edge of the network, quickly checking status (detecting anomalies) of durable goods connected to IoT network, and they can become the backbone of the communication infrastructure for the Long-Term Evolution (LTE) networks in an emergency. For this reason, UAV have also been included in 4G and 5G research and development activities.

Connected to the IoT, they can be part of autonomous delivery on-demand systems and instead of operating individually (navigating in the line-of-sight controlled by a ground station) they operate in fleets that communicate, and navigate in real-time, beyond the line-of-sight. Single or multiple UAVs can cooperatively provide services that require efficient protocols where multiple objectives and constraints should be accounted.

With this in mind, UAVs will grow in the future and they will become ever-more numerous in our skies.

For this workshop, we search for papers that combine design of algorithms, optimization, and test-bed to develop the theoretical foundations for the UAV systems operating in symbiosis with WSN in IoT applications. The numerous emergent applications nurtured by IoT may require an interdisciplinary approach, involving techniques from algorithm foundations as well as different areas, like robotics, artificial intelligence, mathematical modelling. Applications in complex domains lead to situations where multiple optimization objectives should be accounted in the proposed solutions. Decentralized and distributed, robust and secure algorithms are searched for UAVs systems that operate in rapidly-changing, uncertain, and potentially adversarial environments. 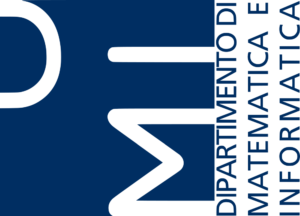